What's All the Buzz About?


So the question is...WHY?  Why would one of the best pitchers ever sign in an independent league at the age of 50?  To me there are only two possible theories. 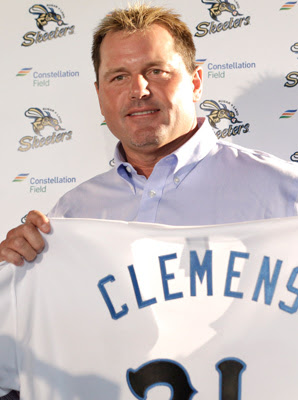 The second theory is that he actually wants to pitch in  Major League baseball again...but WHY?  Roger Clemens is on the 2013 ballot for the Hall of Fame.  Others on the ballot this year are Barry Bonds and Sammy Sosa.  With all the speculation of steroids and HGH surrounding this years potential class, Clemens wants off the ballot!  If he can make a comeback and throws 1 pitch in MLB this season, his name comes off the ballot and he waits 5 more years to get back on.  So he would intentionally be delaying his possible Hall of Fame vote to be 5 more years past the "steroid era".  Clemens would separate himself from the Bonds and Sosas of baseball with the hopes of becoming a first ballot Hall of Famer.

So what is my guess?  I think Roger Clemens throws 1 or 2 starts for the Sugar Land Skeeters and makes his way back to Major League Baseball.  There are no contenders looking at 50 year old pitchers that haven't pitched in 5 years.  There are teams like the Houston Astros struggling to fill seats and could use an end of the season spark.  Clemens relationship with the Astros is well documented so it makes sense.  He helps them sell a few tickets, and they help him delay his Hall of Fame eligibility.  When the rosters expand September 1st in Major League Baseball, look for Roger Clemens to be a pitcher once again for the Houston Astros.  In 2018 he will once again be eligible for the Hall of Fame.  Bottom line is that  Roger Clemens belongs in the Hall of Fame...whether it's 2013 or 2018! 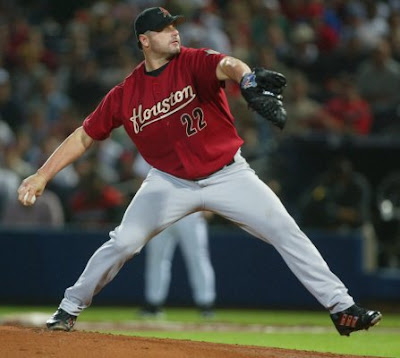 What does it mean for Autographs 4 Alopecia?  While it would have been great to have the boys see a future Hall of Famer pitch and the excitement they would get by getting his autograph, I just don't think the Atlantic League is where he will call home.

If only for a brief time, the Sugar Land Skeeters and the Atlantic League will shine bright on Saturday night!