One of the most popular baseball videos right now is of Houston Astros pitcher Jerome Williams playing catch with a young Seattle Mariners fan. While warming up, he had no idea he was being filmed...and that it would go viral.   It's always fun to follow a Barnstormer on his path back to Major League Baseball.  It is really cool to see the Jerome that was in Lancaster clowning and having fun with fans and teammates still has the love of baseball.  The first time we met Jerome and asked him for an autograph, he looked at us with a straight face and said, "No".  He then turned to walk away, looked back with a huge smile on his face, and said, "I'm just messin".  He came back, signed our cards, and talked to us for a while.  He had gone from the Major Leagues to Independent baseball in Lancaster, PA and was still having fun.  It's good to see that he is still having fun!  If you listen, in the background you can hear "Best day of my Life" playing.  I'm sure it is a day that Mariners fan will never forget!  Way to go Jerome!!! 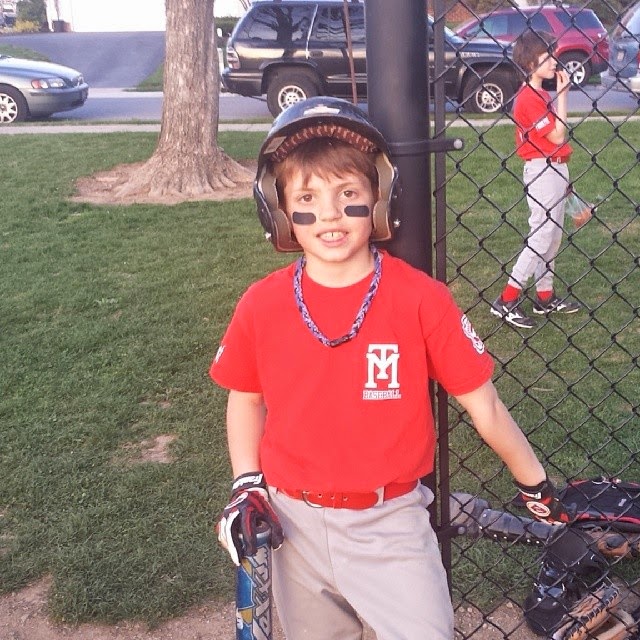 Today is Opening Day in the Atlantic League.  We are excited to see some new players in the league this year and get some cool autographs.  A few of our favorites are back as well...

Ross Peeples is starting his 15th season in pro baseball and his 10th with the Lancaster Barnstormers.  Ross holds lots of pitching records for the team as well as Atlantic League records. Ross has been active in the community as well as helping us out with several church events.


Blake Gailen is starting his 3rd season with the Lancaster Barnstormers and was the 2012 League MVP as well as the Baseball Americas Independent League Player of the Year honors.


Luis Lopez is starting his 20th season in professional baseball and his 8th with the Bridgeport Bluefish. We've developed a friendship with Luis over the years and are glad he's back for another season.

Lance Burkhart played for the Barnstormers and became their hitting coach after retiring.  He is now entering his 1st season as a manager for the the Southern Maryland Blue Crabs.

Emil Coccaro is entering his 9th season as Clubhouse Manager for the Long Island Ducks.  Emil has been a big supporter of ours and has won back to back championships with the Ducks the past 2 seasons.


We can't wait to get back to the ballpark and see you guys and have a great 2014 season!

We had fun looking at all the different cards, and Gavin and I both came away with some good ones.  I got a box of 5,000 cards that I need to go through and see who we can get signed this year.  We both got a card signed from Rollie Fingers, one from the Brewers and one from the Padres. It's always good to add a Hall of Famer to the collection! 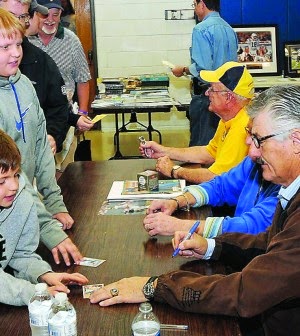 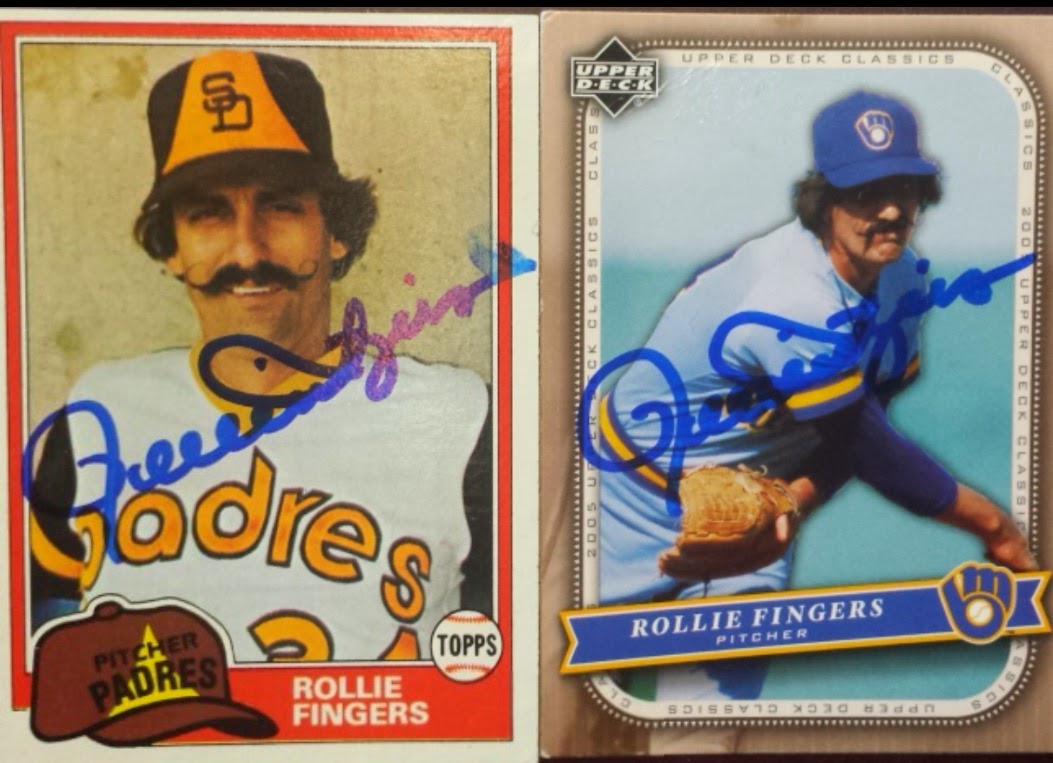 Last Saturday we made the drive down to Philly with my cousin Chad and Uncle Rick to watch the 76ers take on the Detroit Pistons.  The main reason for going was to try to catch up with Charlie Villanueva.  I first met Charlie when I was 4 and he was a rookie with the Toronto Raptors.  Like me, Charlie has alopecia.  We've had the chance to connect several times through the years through his program "Charlie's Angels".  This is a program Charlie came up with in 2005 and he meets with kids with alopecia to talk, take pictures, sign autographs, and show support. In 2006 Charlie won the NBA's Community Assist Award because of his program.

It was also a BIG night for the 76ers.  They had lost a record tying 26 games in a row heading into Saturday and were looking to beat the Pistons so they didn't break the record for most consecutive losses of the 4 major sports!

Well, the 76ers came out on top 123-98 avoiding a record breaking losing streak.  We didn't see Charlie at the shoot around and couldn't connect after the game, but it was still a great game to watch.  So we ended up with 0 autographs, but saw the 76ers avoid history with the win! Charlie did send me a message on Sunday and we will definitely catch up next season!