Back to the ballpark on Wednesday night to watch the War of the Roses between the Lancaster Barnstormers and York Revolution.  It seems like we haven't seen York much this season, but it is starting to look like this will be the first round playoff match up again this season.  This would be the last home game for a little while because the Stormers were headed to Texas beginning a 10 game road trip.  Even though the Barnstormers came up short tonight, we were able to see some friends and get some autographs. 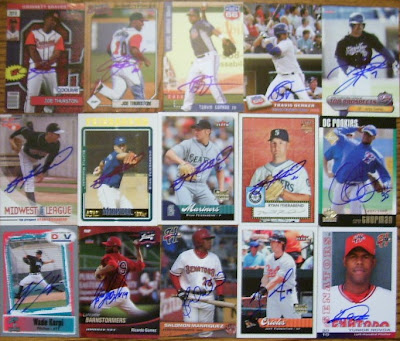