When the Lancaster Barnstormers released their promotion schedule, this was a game we wanted to go to!  The Barnstormers would be honoring Ross Peeples and the 9 years he has spent in Lancaster by giving away a bobble head.  We got there early and got in line so make sure we would get one.

Ross has been with the team since day 1 of the franchise and has done whatever he's called on to do.  His time spent here and community involvement earned him the nickname, The Mayor. 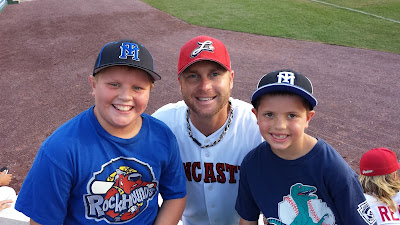 Ross always signs autographs, talks to fans, has fun in the bullpen, and knows how to win.  Here is an article that Burt Wilson wrote and was just in the Lancaster newspaper on Ross...

Ross is one of the good guys in sports and is a better person than he is ballplayer.  He has already set a couple of records this season with another couple in sight. It has been great getting to know him through the years and...yes...getting his autograph! 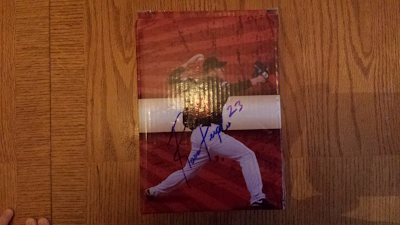 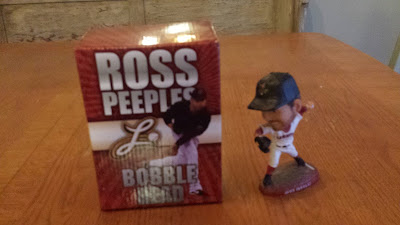