Wednesday we went to Camden, NJ for the Atlantic League All Star Game.  It was my 2nd time going to an All Star Game (Lancaster 07) and Gavin's first.  There was going to be a lot going on starting with a celebrity softball game between former members of the Phillies, Eagles, Flyers, and other Philly celebrities.  The Eagles team was coached by Ron Jaworski and the Phillies team was coached by Larry Bowa.  Ron Jaworski was really nice talking to fans, signing autographs, and taking pictures.  Two different times I was next in line and someone pulled him away to meet with his team.  I never did get my cards signed by him but he was so nice to everyone.  I was able to get Ike Reese and Vai Sikahema to sign my cards.

As for the All Star Game, it was VERY exciting.  There were 8 Barnstormers on the Freedom division team and the Liberty division had some of our other friends, Luis Lopez and Chris Walker.  The Freedom division trailed 4-3 but busted it open in the top of the 9th led by Lancaster Barnstormers outfielder and All Star Game MVP Fehlandt Lentini.  We also got to talk to 2 players, Neil Medchill and JR Murphy, from the Trenton Thunder sitting behind us and they signed a schedule for us. It was a great night with the Zooperstars, fireworks, mascots, and baseball! 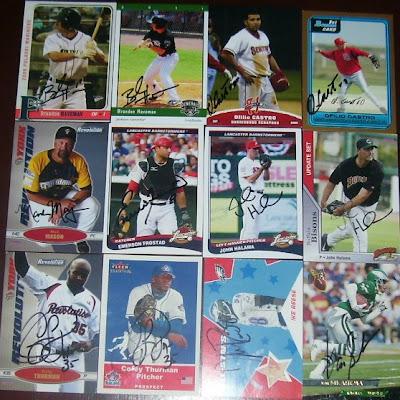 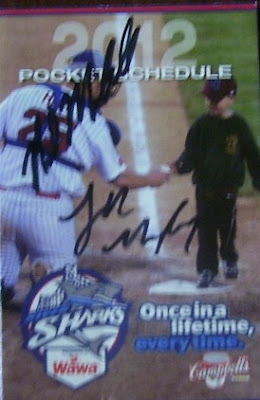