One of the cool things the Barnstormers booster club does is the secret buddy program. This was our first year for it and you get little gift bags of goodies for your "buddy" during each home stand during the season. We actually ended up with 3 buddies this year. Our first was Jerome Williams. After starting 6-0 for the Barnstormers he was signed by the Angels and sent to AAA. If you follow baseball at all you know where he is now. After getting called back up to the majors for the first time in 4 years, he is now 3-0 with the Angels and in the middle of a pennant race. Last week he pitched a 1 hitter for his 3rd win! Way to go Jerome! 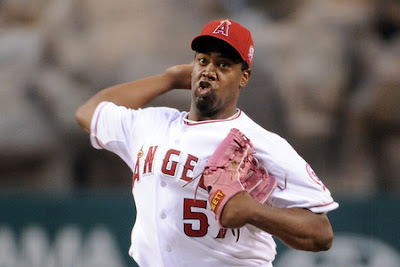 Once he left the team, we were assigned Adam Calderone. He has spent most of his career in the Blue Jays organization between AA and AAA. Late in the season he was put on the inactive list so he could go home and be with his wife who was having their first baby. Congrats Adam! 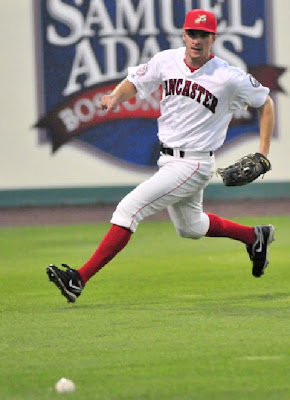 Our third buddy is Yaibel Tamayo. He has mostly played in the independent leagues and is a really nice guy. At the end of the season while the players are eating their post game meal, you get to meet your buddy so they can see who has been behind the gifts. Even though we knew Jerome and Adam we were not allowed to tell them they were our buddy. It was pretty cool when we finally got to meet Yaibel. Go Yaibel! 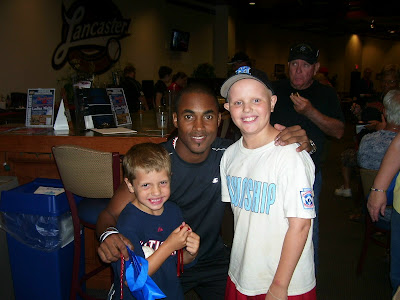