The end of the season has been a wet one! Game 46 we traveled to York to see our friends on the Bridgeport Bluefish one last time for the season. There was rain coming and the tarp was covered when we got there. We ended up just hanging out and talking to Luis Lopez for a while. He is one of the nicest guys you'll ever meet! He has been so kind to our family and has really been a good friend to us. We also got to talk to Antonio Alfonseca and I got him to sign a ball and card for a friend of ours that is getting married. Lots of Bluefish were wearing the NAAF bands and stopped by to say hi. The game ended up getting rained out but that's ok because it was more fun hanging with them during the rain delay.

Games 47 and 48 were the final 2 games of the regular season for the Barnstormers and they were playing the Road Warriors. I'm sure the Road Warriors were ready to be done as they have spent the entire season traveling. It would have been cool to have the Barnstormers let them be the home team, let them pick their walk up music, and have the crowd cheer for them as they really have no fans because they have no home. We do know several guys that play for them that are former Barnstormers. Josh Johnson is their catcher and he signed a bat for me to auction off...Thanks Josh! So the regular season is over for all of minor league baseball. On to the playoff updates shortly! 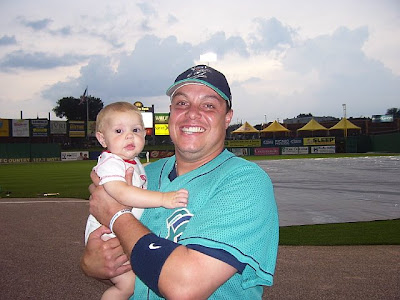 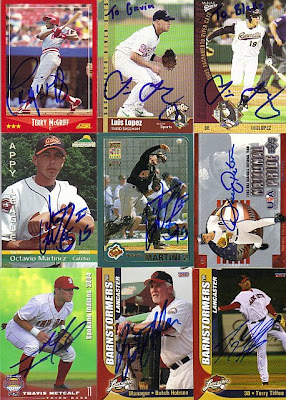 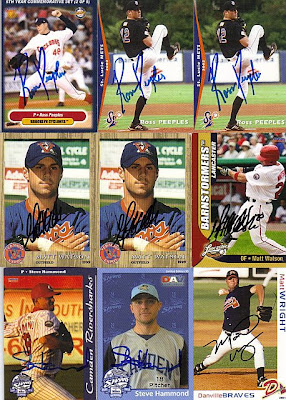