You and Me on a Comeback

Last Saturday night we watched the Barnstormers and Revolution throw a different kind of strikes. Jed Morris is a former Barnstormer who battled cancer and was able to make a comeback. He started a foundation called You and Me on a Comeback to help support those that are battling caner. Check out their website and see how they have been able to help people going through cancer. They have a big fundraiser in January each year where you can spend a Saturday afternoon bowling and bidding on some cool items in their silent auction. They end the night by having a "Battle of the Roses" between the Barnstormers and Revolution. It is always a lot of fun and for a great cause. York won again by 3 pins but it was a blast. It's always fun to connect with our friends from the Atlantic League during the off season. We were able to get a couple of autographs but mainly just took in the action. Also, thanks to our friend Sandy, we will get to spend a winter evening at the ballpark...ice skating!

Check out Jed's site and see the great job he is doing! www.youandmeonacomeback.org 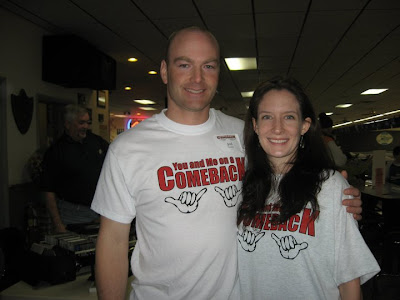 Jed Morris and his wife Genevieve 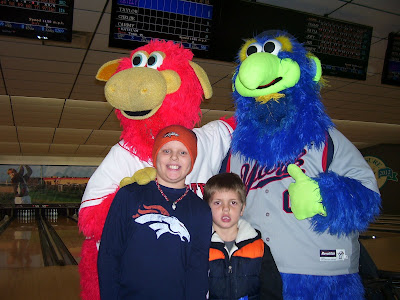 Blake and Gavin with Cylo and Downtown 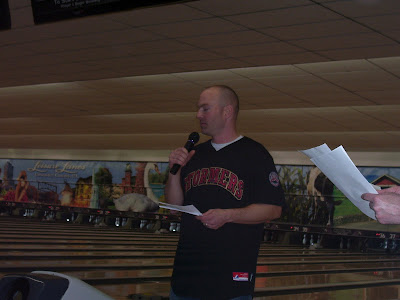 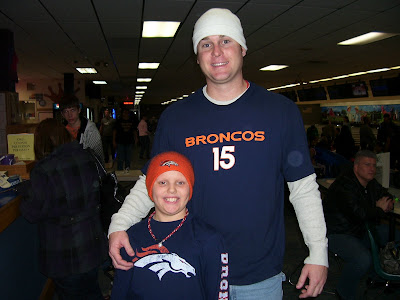 Blake and Ross Peeples supporting Tim Tebow and the Broncos 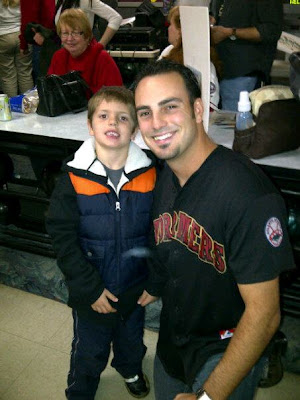 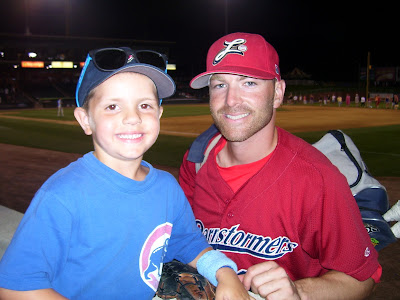