Last Saturday night we headed across the river to catch our final game of the 2011 season. It was game 4 of the Atlantic League Championship Series between the York Revolution and the Long Island Ducks. If you live anywhere in the north east you know that it has been a WET September/October. This scene greeted us way too much at the end of the season. Tonight was no different...more rain! During the rain delay we were able to get a few autographs from York players that were hanging out. One was series MVP Vince Harrison. He has been super nice to us the last year or so he has been in the league. Vince was walking around with his brother Josh Harrison who was a rookie this season for the Pittsburgh Pirates. It was pretty cool to meet Josh and get a picture and autograph.

With the rain not letting up we knew they probably wouldn't get the game in so we headed down by the Ducks clubhouse to say goodbye to our friend Tom Pennino. If you remember, Tom gave us a team signed bat earlier in the season (during a rain delay) and didn't even know about our cause. He even made it in the news story that Jason Bristol did on CBS21. Tom didn't like that Gavin was wearing a York hat so he gave him his road hat from this season. He also got it signed by some guys that were still around. The game did get postponed but we were able to see some of our friends one last time this season. York did go on to win the championship on Sunday for back to back titles. So while we didn't catch a game, we had fun hanging out at the ballpark for one last time in 2011! 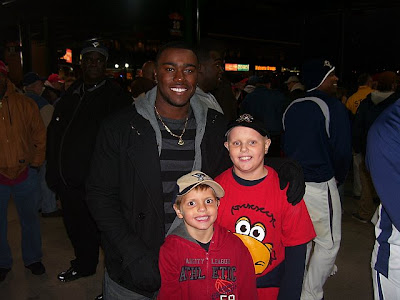 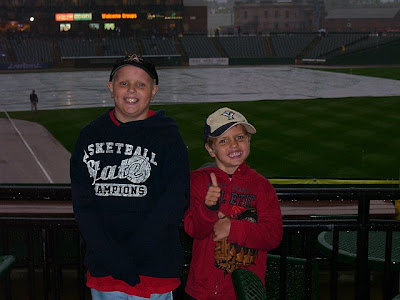 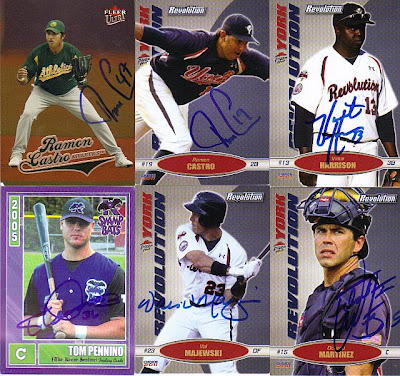 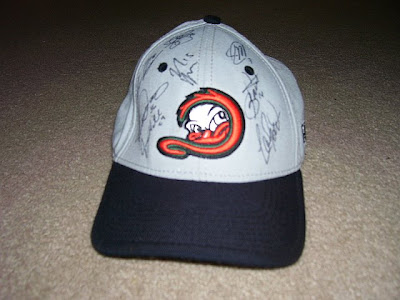