Yes, you read the score right. After sitting through an hour and a half rain delay to start the game, they finally started playing ball. Maybe because of all the rain but it was a great night to be a Duck! Actually a great couple of nights...they scored 39 runs in 2 games! We usually get to games when the gates open and stay til the end of the game. My baseball tournament was starting on Friday so we ended up leaving about 9:40...in the top of the 3rd! The positive from the night is that we were able to get lots of autographs! We got many cards signed before the rain delay and then got a few more when they came back out to warm up. Tom Pennino is a catcher for the Long Island Ducks and he asked me if I wanted a bat. He then got most of the team to sign it! That was awesome! I don't even think he knew about my story and what I was doing but I did tell him after he gave me the bat. Anyway it was an awesome night to get autographs and be a Duck! 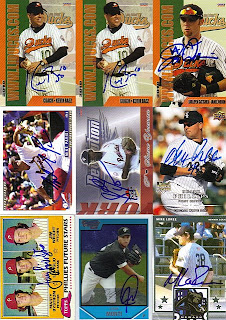 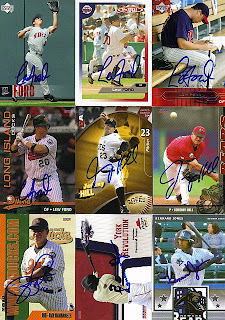 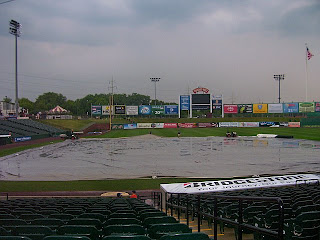 Gavin and Blake waiting in the rain 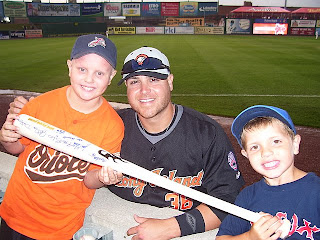 Blake, Tom Pennino, and Gavin with our signed bat