The Barnstormers came back from down 0-2 to force a 5th and deciding game with the cross town rival York Revolution. It was definitely a pitchers match up with the game tied at 1 heading into the 9th inning. York went on to score 4 in the top of the 10th only to have Lancaster come back and score 3 in the bottom half. In a game for the ages, York won and is heading to the Championship series to face the Long Island Ducks. There is no tomorrow for 1 of the teams in an elimination game so we wanted to make sure to get the autographs I still needed from the Barnstormers. They handed out Code Red posters and we were able to get most of the team to sign. Gavin worked on the poster and I worked on my rally towel. It was a good night for autographs, but it was sad to know that we won't see some of these guys until next season. 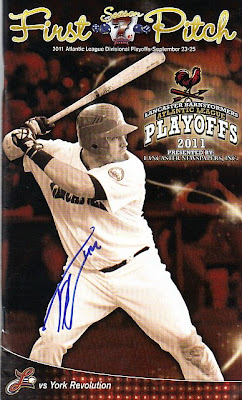 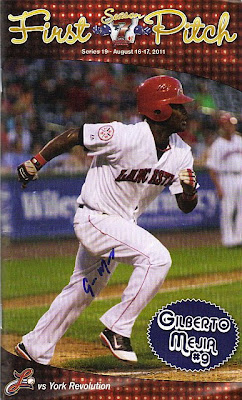 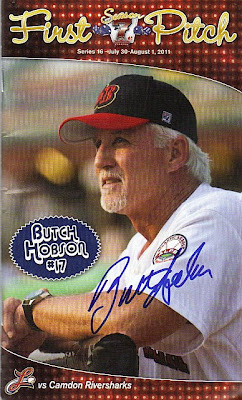