Heart as big as Texas!

On Friday we received a big box in the mail. It turns out that my friend Roni grew up with Mike Napoli, catcher and DH for the Texas Rangers. Roni told Mike what we were doing this season and he sent us a signed picture, 2 signed cards, and one of his catchers masks autographed!!! It was really awesome! Gavin and I took turns wearing it throughout the day. It was cool too because Mike was the catcher on my fantasy baseball team. Huge "THANK YOU" to Mike for the package and to Roni for making it happen! 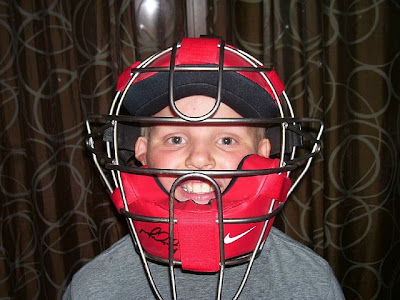 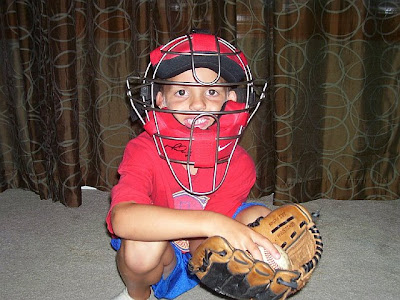 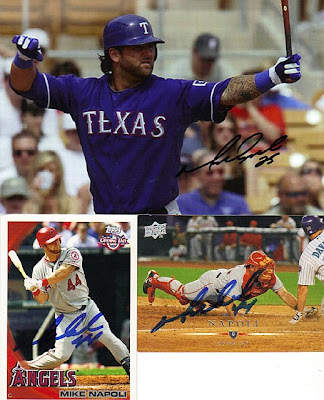