Hopefully this was not a preview of the Atlantic League Championship Series! The Barnstormers and Ducks both won the first halves of their divisions and could end up meeting in the championship series. Hopefully if they do, things will turn out differently. The Ducks came into Lancaster and swept a 3 game series in a wet and stormy weekend. It was a good weekend for autographs as we got to finish up the Duck cards that we had and they had another card giveaway for the Barnstormers Sunday. We also got to see our friend, Tom Pennino, and talk with him for a while. After this 3 game set, we are only 70 away from 1,000 for the season! 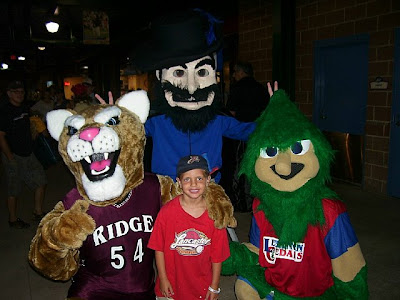 Gavin with some area mascots 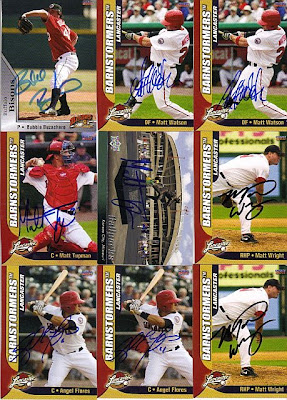 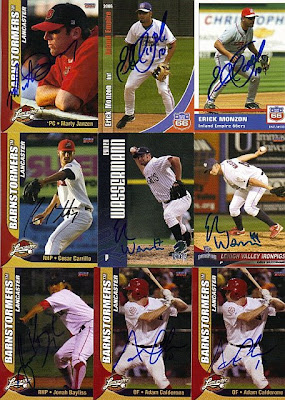 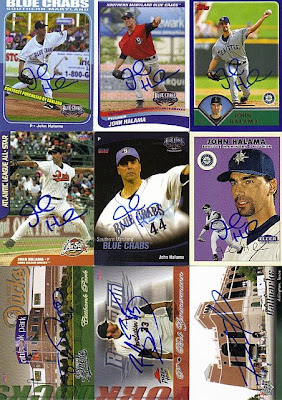