911 What is your emergency?

Well...what a week! We started out early Wednesday morning and headed to Troy, NY, home of the Tri City Valley Cats. They have been raising money for NAAF this season with their baseball card machine and were going to present a check on the field before the game Wednesday night. About 1:00 we heard a BOOM and pulled over to the side of the road. Blown tire... no big deal we have a spare. Dad got the lug nuts off the front tire and went to jack up the van. The jack bent and buckled on him. Now we have the spare out, lug nuts off, but can't get the van up to change it...so we wait. We thought someone might stop and even tried to flag a few down thinking we could just use their jack. After no one stopped, dad called a tire store about a mile and a half away but they would have to tow us because we were on the side of a major highway. Against moms wishes, dad called 911. They were going to send some help. After about an hour, a state trooper pulled up behind us and said that the NJDOT will be coming. After about another hour dad called 911 again. Apparently they were busy that day. Since Kyle had finished his last bottle and we had no more water with us, we thought they would come quicker...NOPE! Finally, Tony showed up in his NJDOT service truck and got out a hydraulic jack. So after 3 1/2 hours on the side of Rt 287 in New Jersey (with 1 pack of Twizzlers and 2 sodas for everyone) we were on our way. Since the tire was blown, it couldn't be patched we had to go get a tire. We knew there would be no way to make it to the Valley Cats that night, so we called and rescheduled it for Thursday night. The good news is we were 5 minutes away from the Somerset Patriots so we headed over to TD Bank Ballpark. We talked to our friend Rob and he told us of a few tire stores close by. Now for the bad news...NO ONE HAS THE TIRE IN STOCK! Not even the same tire...we just wanted the same size! Pep Boys told us they would have it the earliest at about 10am on Thursday. So, we headed back to the ballpark to catch a game...against our Lancaster Barnstormers. We got a hotel and would be back on the road in the morning...or so we thought. After breakfast, Gavin and I wanted to take a quick dip in the pool. We didn't know it would be THAT quick. Shortly after we got out there it started to pour down rain! That wasn't really a big deal until we started to hear thunder. So we checked out and headed to Pep Boys...and, no tire! It didn't make the truck and they never bothered to call us. Next earliest tire delivery would be around 4:00! It was at another store 25 miles away so we asked for the address. We thought we would just go there...but it was 25 miles in the WRONG direction! The service manager said he would go pick it up for us and to come back in a couple of hours. There was a Chuck E Cheese right there so we went and played games for a while. After a while we headed back and they had the tire! It was still too late to make it to the Valley Cats so we had to call Michelle again. With their season coming to an end, we wouldn't make it up this season. So around 3:30 we headed home! The Barnstormers were giving away Cylo t shirts that night so we thought we would get home in time for that game at least. After spending an hour and a half going just 5 miles we were in PA! Not sure if the traffic was just construction or people leaving NJ/NY because of hurricane Irene, but it was heavy! We finally got home around 6:30 and went to get our t shirts! So here is how we can sum up our trip: 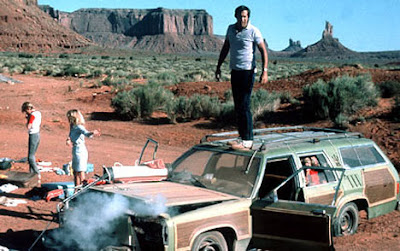 Saw too much of this: 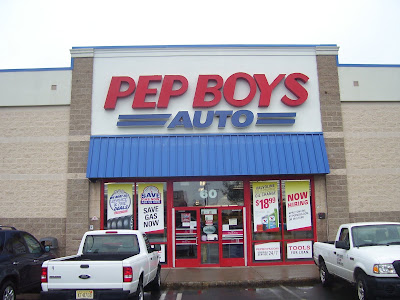 and missed out on this... 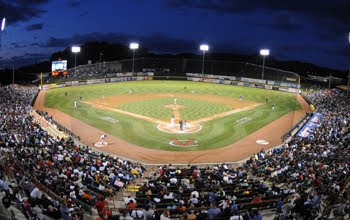 but ended up back here... 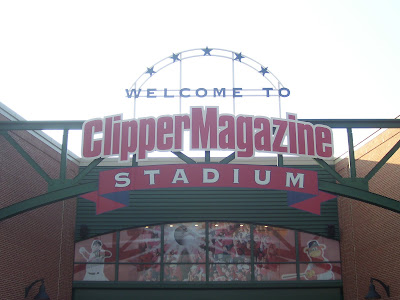 ...and that's the short story! What a couple of days! Thanks to Michelle and the Tri City Valley Cats and what you have done for NAAF this summer and raising awareness. We are so thankful and will definately make it up next summer!
Posted by Blake at 4:43 PM