Well last night was a first for us. Sunday night Jason Bristol called from CBS21 and wanted to do an interview with us. We got to the ballpark early and settled in for our interview. We were a little nervous but Jason was very nice to talk to and so I was able to relax. He also gave me a couple of cards from his collection that I'll be able to get signed. One was of Butch Hobson on the Columbus Clippers and I was able to get it signed at the game (you can see below). I was working on getting cards signed and Gavin was getting a ball signed for us.

Jason was using some nickels for his story and he gave them to me after he was done. With the cameras there, a few people were asking what it was about and we were able to share with them as well. One of the players girlfriends was visiting from Florida and gave me $20 towards my donation! It was a great night for autographs and awareness for alopecia areata. Thanks to Jason Bristol and CBS 21 news for the story! 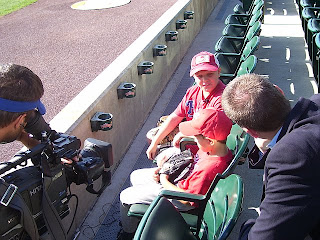 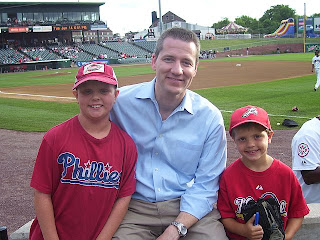 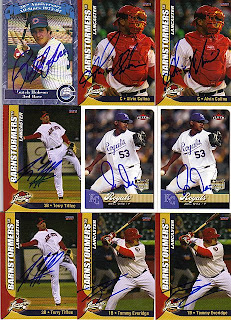 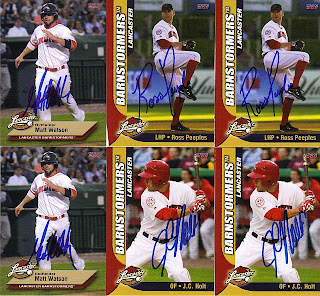 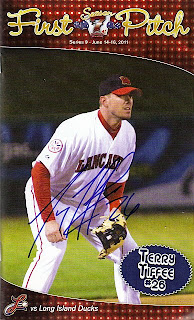