Today was "Bark in the Park" day at the Lancaster Barnstormers. I'm allergic to dogs, but we had to go because my kid reporter video was being aired today. I interviewed the players about their dogs. We were also treated to a GREAT game today as the Barnstormers hit 3 solo home runs and Jerome Williams pitched 8 strong innings for his league leading 5th win. Gavin and I got 17 autographs today including 2 Oakland A's sundae helmets that we had. One was signed by Matt Watson who played there in 2005 and 2010; the other is by Tommy Everidge who played in Oakland in 2009. 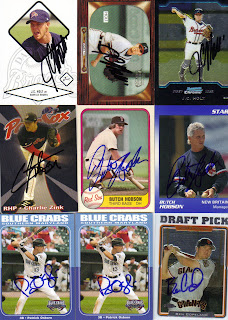 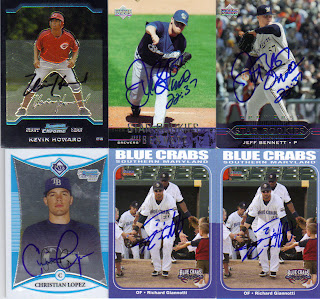 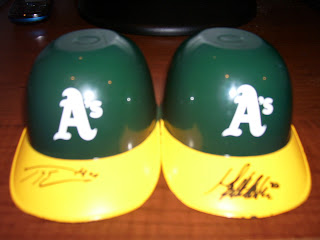