Sunday afternoon we spent the day at my favorite Minor League park. Coca Cola Park is the home of the Lehigh Valley Iron Pigs, AAA affiliate of the Philadelphia Phillies. Once again, got there a little later than planned but still managed to get a few autographs. We were able to meet Tagg Bozied who had an all star season in Reading last year. He was a really great guy in the short time we got to talk to him, but look forward to hitting a few more Pig games this season. 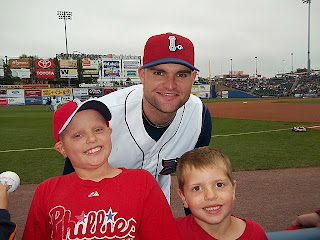 One of the great things about baseball is going on a giveaway day. Today was Iron Pig youth hats so here is a picture of Gavin and I with our new hats. 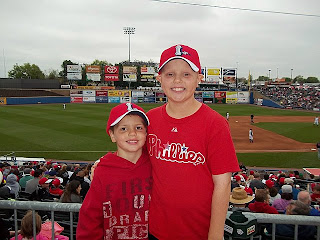 Hot dogs, hamburgers, french fries, soft pretzels, and peanuts (I'm allergic) are normal ballpark foods. If you ever get the chance to go to see an Iron Pigs game, you have to have a piece of AW Shucks corn on the cob! Besides going with the whole "pig" theme, it is by far the best piece of corn you will eat. 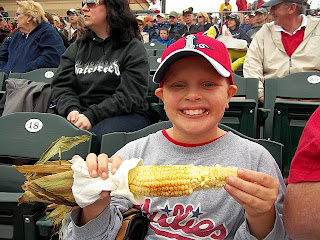 So another great day at the ballpark! Pigs Win! Pigs Win! Kids run the bases, and Gavin got on the jumbo tron! 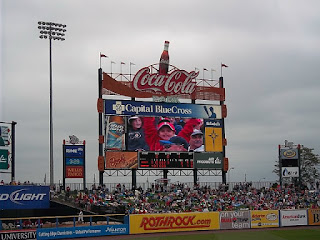 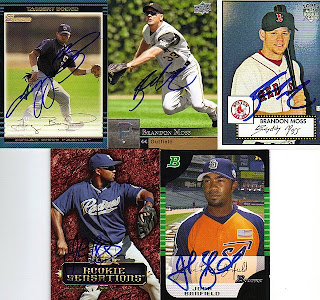