Friday night was a special night at the ballpark. I was invited to come down and throw out a ceremonial first pitch by Kate Milstead at the Bowie Baysox. We made the 1 1/2 hour trip (that turned into about 2 hours and 15 minutes due to Friday traffic) and arrived to a beautiful night at the ballpark. After a week solid of rain, it was good to see the sun. I got my instructions and was ready to go! Before my pitch, they read my story and helped raise awareness for alopecia areata. 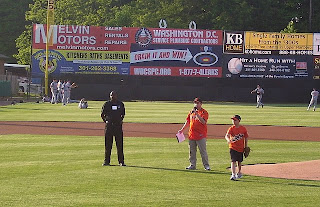 After the STRIKE that I pitched, Kate and Phil Wrye took Gavin and I to the dugout and the field where the players were warming up to get my ball and a few cards signed. Some of these guys will end up with the Orioles so it will be fun to follow their careers. 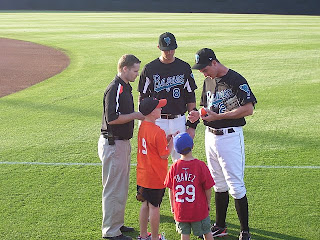 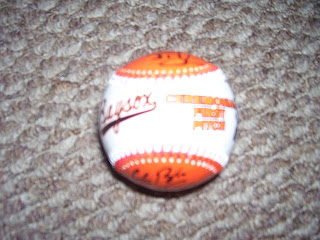 During the game I had the opportunity to share with some fans about alopecia and what I'm doing this season. We met some great people that I'll share about in an upcoming post and had an overall great night. First pitch, autographs, Baysox win, fireworks, kids run the bases, and new friends...One great night at the ballpark! 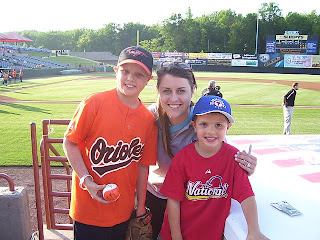 Thanks Kate, Phil, and the entire Baysox organization!