This past week we got a really cool box in the mail.  We get to see a lot of Big East basketball and had been watching some Providence games.  I noticed that Friars Coach, Ed Cooley, had a bald spot on his head and wondered if it could be alopecia areata.  We wrote a letter to Coach Cooley and told him of what we are doing in trying to raise awareness for alopecia areata. So back to the box... in the box, coach sent us an autographed photo, Providence backpack, 2 t shirts, a hat, and a water bottle.  Better than all of that was a hand written letter from Coach Cooley stating how proud he was of what we were doing and that he was glad to help.  We are hoping to catch the Friars in action next basketball season when they are in the Philly area.  Thanks Coach!  We appreciate it! 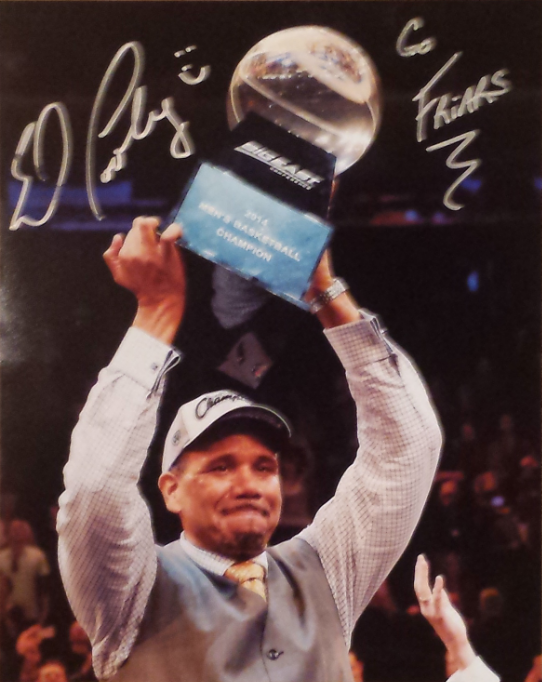 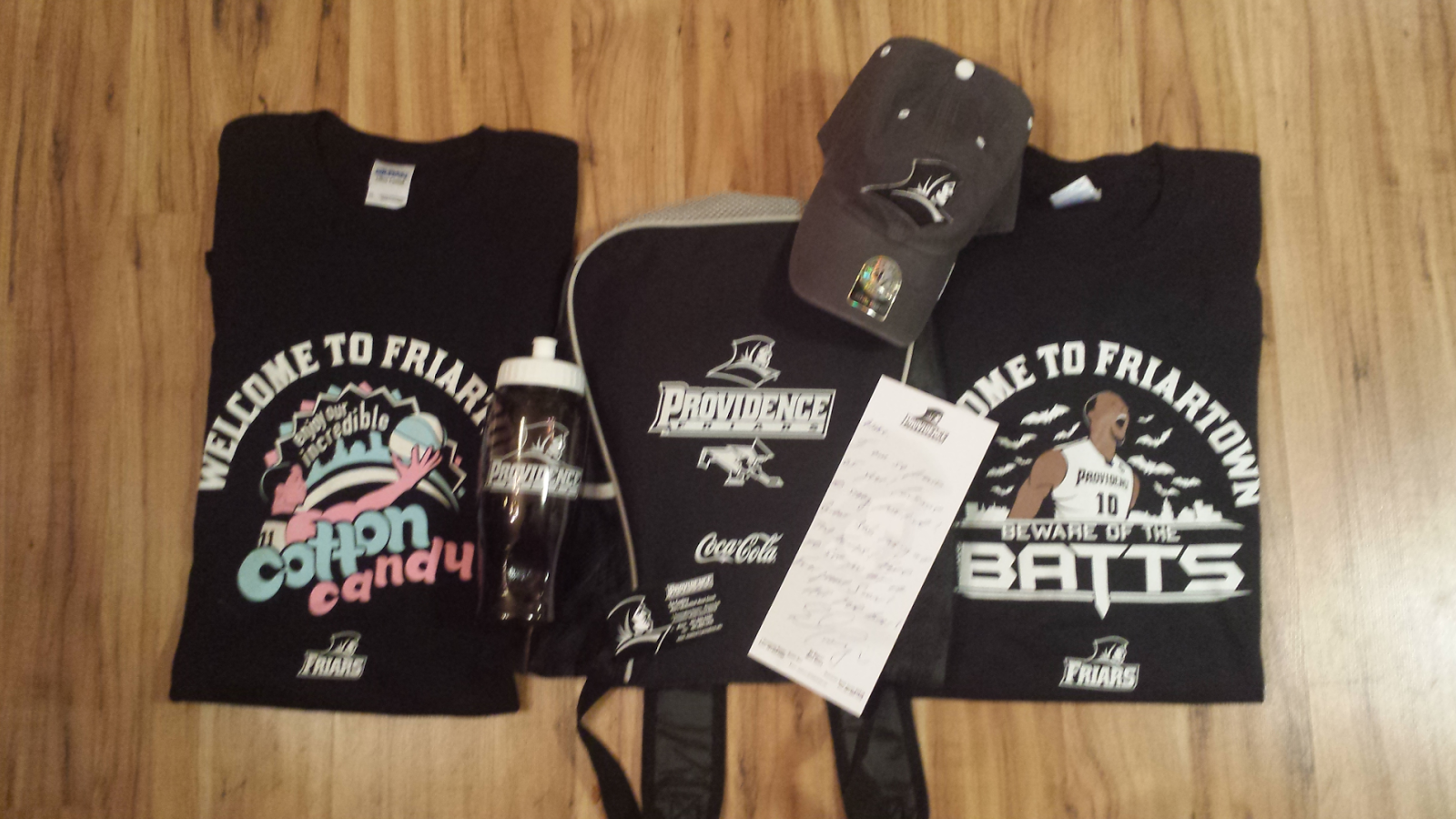