We were able to make it back to the ball park last weekend and couldn't wait to see the Southern Maryland Blue Crabs.  We are huge Luke Murton fans and he just joined the Atlantic League a couple weeks before.  Luke is our Uncle and Aunts nephew and we've got to see him play different times since he was at Georgia Tech. We got there early on Friday and got to see Luke and catch up with him. 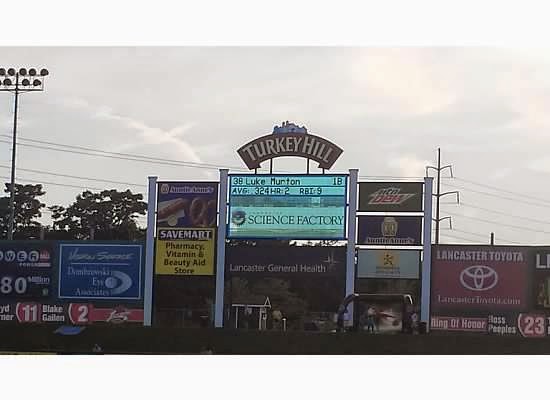 Lance Burkhart is the manager for the Blue Crabs now after spending 8 of the last 9 years in a Barnstormers uniform as player and then hitting coach. Before the game, Lance was inducted into the Barnstormers Ring of Honor as part of the 10th season celebration. 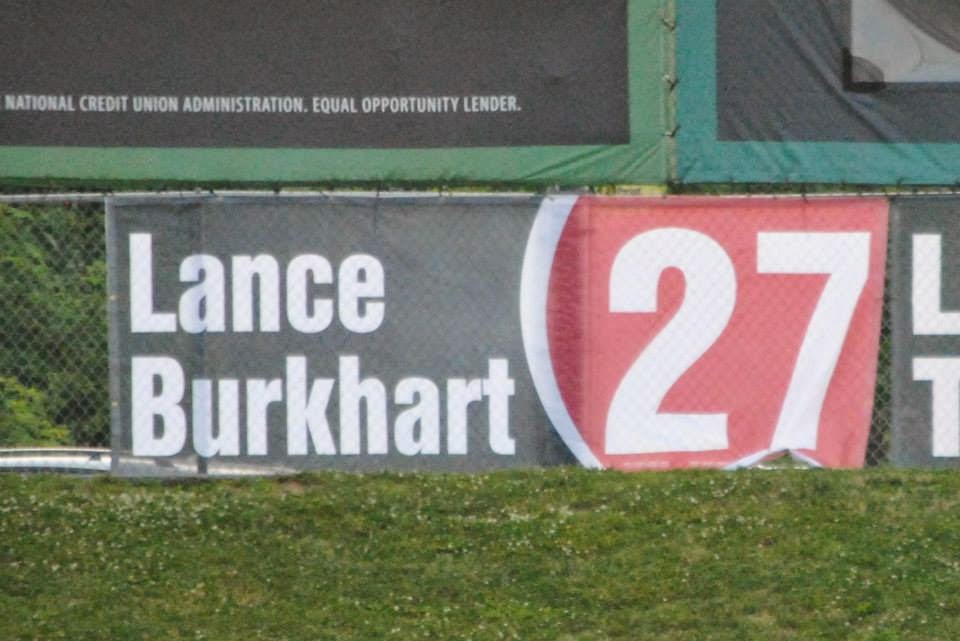 Sunday we got to play catch on the field and then we were asked to be the "Play Ball" family.  After the National Anthem we got the say "Play Ball"  Gavin and Kyle went on the bumper boats and Kyle fell into the pool.  He was wearing a life jacket, but dad had to dive in and get him.  At least it was a hot day so they could cool off.  Dad had some of our cards in his pocket so they are a little wrinkled and not in the best shape, but we did get them dried off. Kyle just said "I sinked" but he does want to ride the bumper boats again, so that is good.  The Blue Crabs took both games we were at and Luke played great! 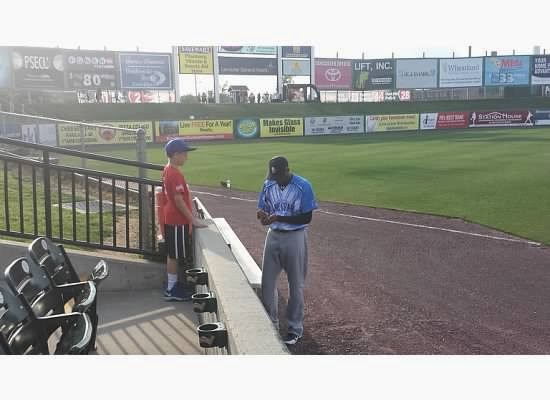 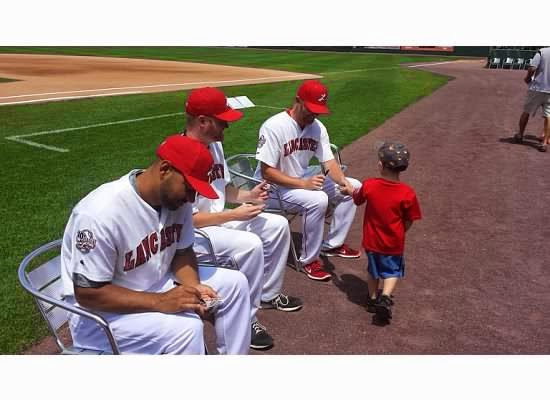 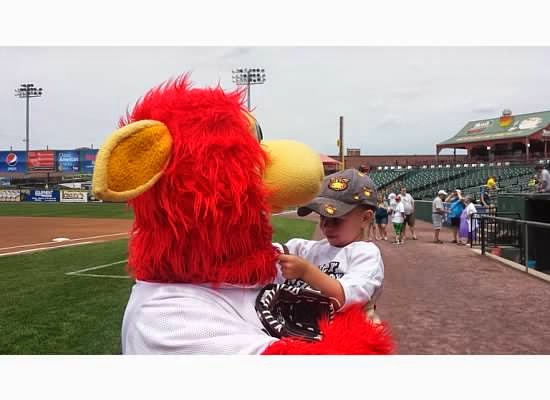 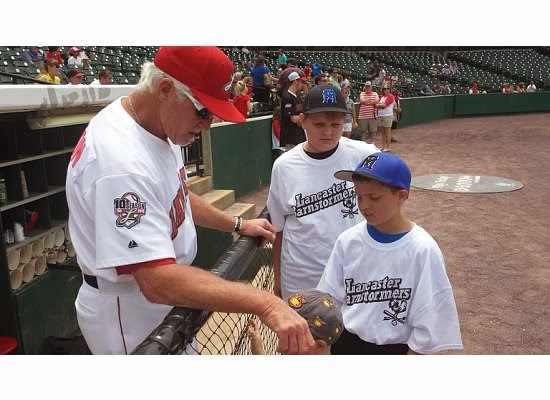 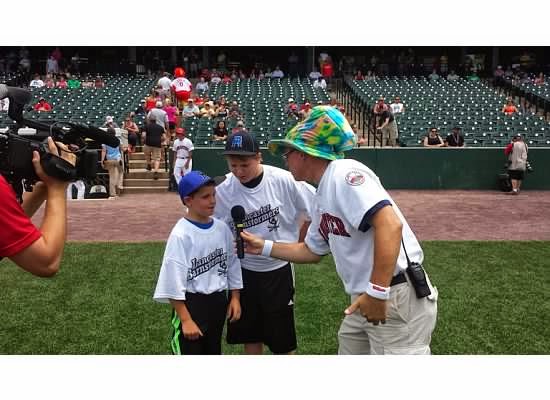 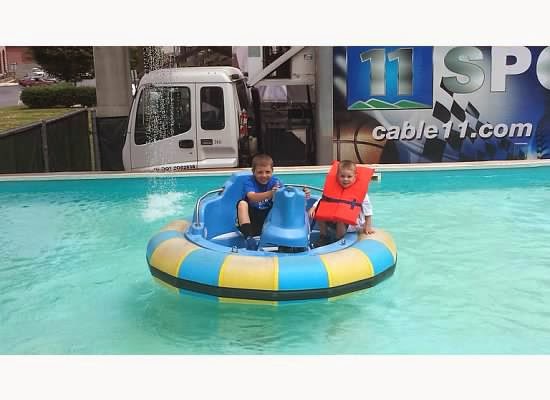 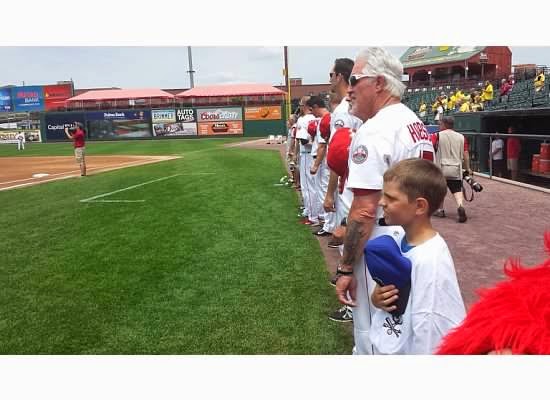