The Atlantic League playoffs got underway with the Lancaster Barnstormers sweeping the York Revolution 3-0 in the best of 5 series.  I didn't have any York cards left and they didn't have a set this year so we worked on getting our cards that my friend Jeff made with his pictures and got them almost all signed.  We did get a baseball signed by York Manager Andy Etchebarren since he was going to retire after the season. It was great to see the Barnstormers get their bats going again.  Now the Championship series starts Wednesday against the Long Island Ducks.  We're hoping the Stormers can win their second ever championship! 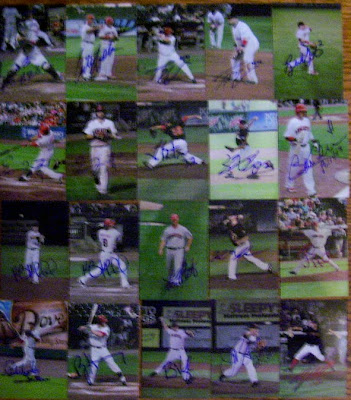 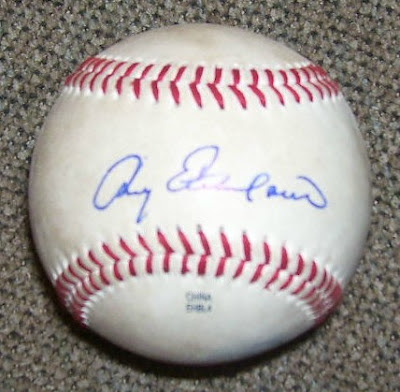