In addition to the many card sets, tickets, and other things teams have sent, I've also received some autographs.  The Tucson Padres and the Winston-Salem Dash have sent some things to us that they got signed.  The Tucson Padres sent us a logo ball with autographs on it as well as a team signed 2011 card set.  The Winston-Salem Dash sent us 2 autographed team photos.  Thanks so much to both organizations for your help in raising money and awareness for the National Alopecia Areata Foundation. 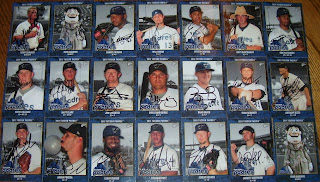 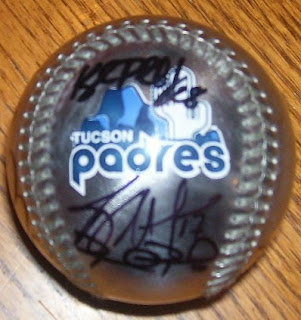 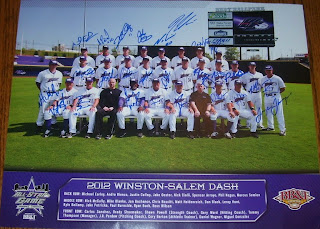