I've mentioned we are expanding beyond baseball this season and we contacted a few of the other teams in our area. The Harrisburg Stampede responded by sending us tickets to their April 14th football game. They play in the American Indoor Football League and have Marques Colston as part of their ownership group. We've never been to one of their games and don't know how it will be for autographs, but we are looking forward to it! They also had 3 tickets that were signed on the back. I'm not sure yet who they are, but we will find out soon enough. Thanks to the Stampede staff and we are looking forward to the game! 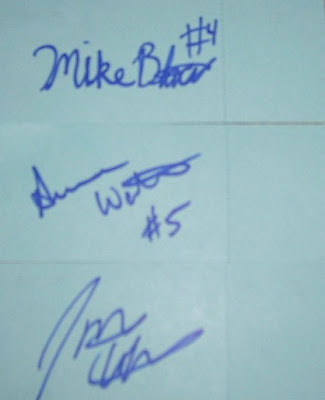