Games 5 & 6: Gavin's Party and the Return of Adam Godwin

We have been really busy with our own baseball schedules this spring and with school still going on it has been tough to get to games.  We knew with the Memorial Day weekend we could catch a couple of games and it was against the Sugar Land Skeeters!  Gavin had some friends coming to the game with us on Sunday to celebrate his birthday and we went down on the field to play catch before the game.  Adam Godwin is Gavin's favorite player and he got traded to the Skeeters in the off season.  Dad talked to Adam last week and he said he would come and play catch with us for a little bit.

After catch we stuck around to get some autographs of the Skeeters and I was happy to get Koby Clemens to sign for us.  I got my picture with Koby in Lexington back in 2006 and he signed my picture and a few cards for us.  Kyle even got in on the action and got a few autographs!  Oh no!!!

Monday we went back to the ballpark and they had a special Memorial Day ceremony.  It was really awesome.  Lots of veterans were there along with bagpipes, cannons, 21 gun salute, taps, and a flyover.  The guys in the bullpen for Lancaster always do something different for the National Anthem.  Monday was really cool...they all stood on top of the dugout with American flags!  Definitely the best one yet, Ross!

It was a great weekend to be at the park and the Barnstormers won both games and took 3 out of 4 from the red hot Skeeters! 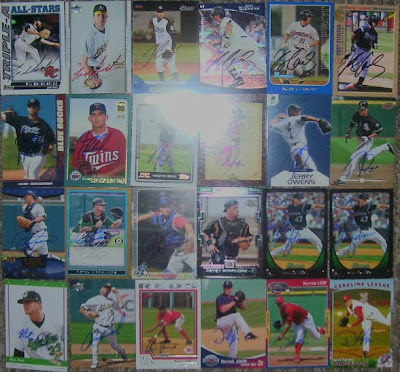