Thanks to a twitter tip from our friend  Jason Bristol we found out that some Penn State alumni would be signing autographs in Harrisburg last Saturday.  One of the ones signing is in our Top 20 for 2013!  Jack Crawford was a DE at Penn State and now plays for the Oakland Raiders.  It's been fun to follow his career because he and I have something in common...Jack also has alopecia areata!  Dad took me up on Saturday to meet Jack and we were able to get him to sign a picture and a card from Penn State.  It was fun getting to meet him and let him know about what I'm doing with my autographs.  Thanks Jack for signing and taking a picture with me.  Thanks Jason for the tweet! 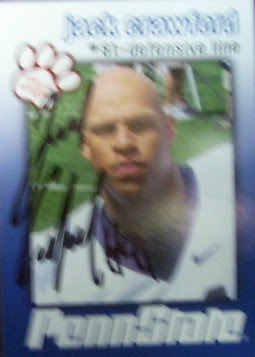 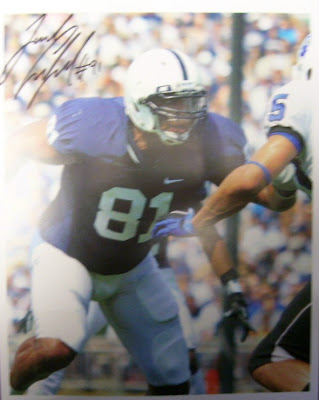