Yesterday was part 1 of our Top 20 in 2013 and today will will look at part 2.  These players are some of our favorites and we are hoping to add their autograph to our collection this season.  Look here for the first 10.  So here they are...#11 through #20 in alphabetical order. 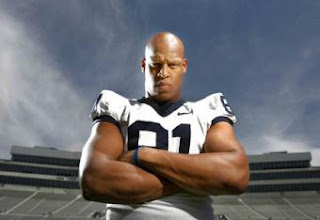 Jack is a defensive end and just finished his rookie year with the Oakland Raiders.  He was drafted in the 5th round after 4 seasons at Penn State.  One of the cool things about Jack is that he too has Alopecia Areata.  He got alopecia when he was 7 and has had it ever since.  He would be awesome to meet someday!﻿
JOSH HAMILTON 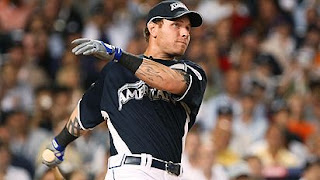 Josh has always been one of our favorites and is the example that we deserve second chances.  We loved watching him whenever the Rangers were on and hope to catch an Angels game in Baltimore this season.  One of our favorite nights was watching him in the Home Run Derby at Yankee Stadium!
JOSH LINDBLOM 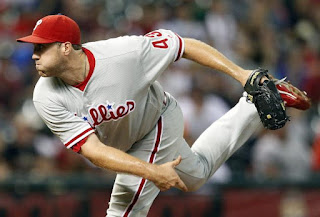 Josh is one we follow on Twitter and we were excited when he got traded to the Phillies last season.  Unfortunately his stay here wasn't long as he was traded to the Rangers in the off season.  Josh does a lot of charity work through his foundation, The Josh Lindblom Foundation.  We're hoping to meet Josh in Baltimore and try to get an autograph.
KEVIN DURANT 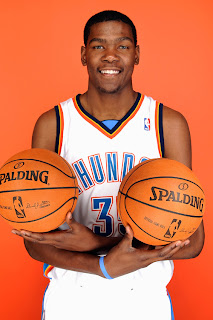 Our favorite basketball player and we loved his movie Thunderstruck.  We love watching him play when they are on TV and hope to be able to go to a Thunder game sometime. He is a great teammate and role model!
KIRK COUSINS 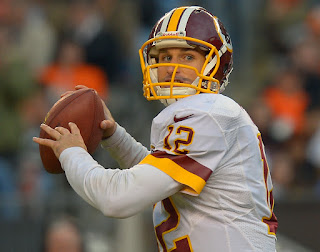 As an Eagles fan it is tough to like anything about the Redskins, but Kirk Cousins makes it easier.  He had a great speech at the 2011 Big Ten kickoff luncheon and is a great guy to follow on Twitter.  We've never been to an NFL game but the Redskins would be fun to watch.
LARRY FITZGERALD 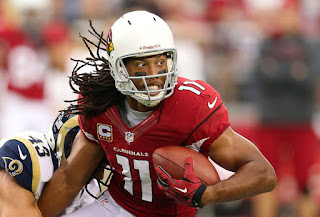 Larry is one of the best football players on and off the field.  He is awesome to follow on Twitter because he is always giving away tickets, autographs, and interacting with fans.  We've entered a few of his contests and one of these days we could win one! He is always donating to charities and helping kids whenever he can through his website, www.larryfitgerald11.com.
MIKE TROUT 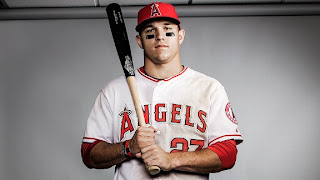 Mike made a huge splash in his rookie year last year taking home the AL Rookie of the Year and finishing 2nd in the AL MVP vote!  He is so much fun to watch because he is always giving it 100%.  He will be a great one for years to come.
TIM TEBOW 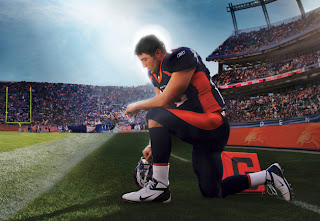 Tim is a great role model and a great football player.  We've loved watching him since college and hope he gets another chance to start in the NFL.  Through his foundation, The Tim Tebow Foundation,  he is always looking out for kids with life threatening illness and bringing them to games with him.  Tim is always looking to make a difference in the life of someone.
TOMMY JOSEPH 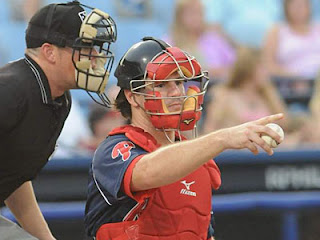 We love catchers.  Tommy Joseph will be the Phillies opening day catcher soon and is one of the Phillies top prospects.  Minor League baseball is so much fun for fans because you have a better chance of meeting the starts of tomorrow.  Whether he is at Reading or Lehigh Valley, we hope to get this future All Stars autograph this year.
CODY AND TYLER ZELLER 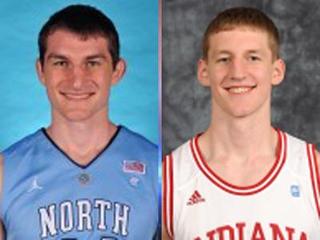 Because they are brothers, they count as 1 pick.  Two of the NCAA's best players are brothers playing for Indiana and North Carolina.  It must be tough for their parents to cheer when they play each other.  The Zellers brothers have been featured in Sports Spectrum magazine and their faith plays a big part in their life.  Tyler is now in the NBA with the Cleveland Cavaliers and this could be the year Cody wins a National Championship!
So there you have it...out top 20.  While we realize we will not get them all or meet any of them, it is fun to dream about getting some of the biggest stars.  Let's see how many we end up with by December 31, 2013!﻿
Posted by Blake at 4:16 PM