A Night of Hope with Jamie Moyer

Last week my mom surprised my dad with a ticket to go see former Phillies pitcher Jamie Moyer speak at a banquet for Hope International.  Jamie is from the Philadelphia area and came back to help the Phillies win the World Series in 2008.  Last season, Jamie became the oldest pitcher to win a game when he won for the Rockies at the age of 49. 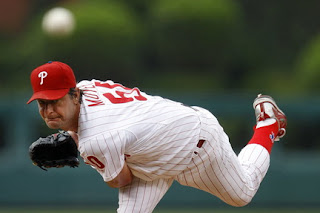 My dad went with my Uncle Rick and they said it was really cool.  Jamie spoke about his foundation, The Moyer Foundation, and the work they do with their camps.  The have lots of camps throughout the country that are free for kids who have lost a loved one and kids that deal with addicted parents.

Jamie stuck around afterwards to sign autographs and take pictures.  Dad said he talked to everyone and was one of the classiest guys in baseball.  It was cool to be able to get his autograph because we never got it at any Phillies games.  Jamie would come out before each game and sign autographs for fans for about 20 minutes...I don't know if there are any Major League players that do that anymore, so Thanks Jamie!  So our first autographs for 2013 are in and they couldn't be from a nicer guy! 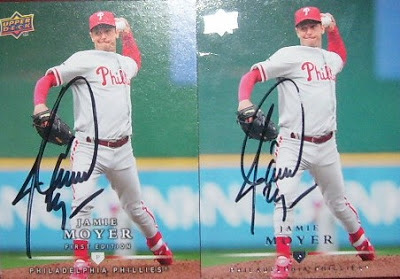 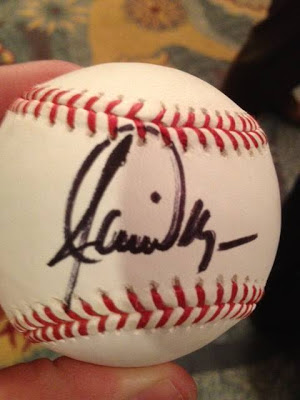