Wednesday and Thursday nights we watched the Barnstormers take on the Bridgeport Bluefish.  It was a scorcher out both nights but was good to get to the park and also see our friends from the Bluefish.  Wednesday night was wrestling night and Hall of Famer Sgt Slaughter was there taking pictures and signing autographs.  Also before the game, Gavin was picked to be the Honorary Team Captain and got to take the lineup card out to the umpires with Butch Hobson.

Thursday night was Toy Story night and Buzz and Woody were there.  They were getting pictures with fans but the line was way too long.  My kid reporter video was played and we'll post it as soon as it is availalbe on Youtube.  The Barnstormers swept the series and put a firm grip on first place in the Freedom division. 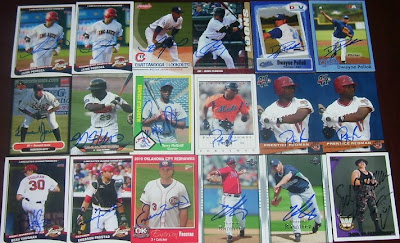