Breakfast with The Mayor

Saturday morning we had a father/kid breakfast at our church and had Ross Peeples from the Lancaster Barnstormers come and speak. He's not really the Mayor of Lancaster, but has earned the nickname because of his time here and his involvement in the community It was a lot of fun getting to eat with Ross, introduce him to some of my friends, and have him talk to the kids and their dads.  He talked about baseball, getting drafted, and how his faith has helped him in his professional baseball career.  We gave out lots of Barnstormer prizes and had a great morning.  He did sign autographs at the end and we got a couple of things signed even though we have like a hundred Ross autographs.  Thanks again Ross, you were awesome! 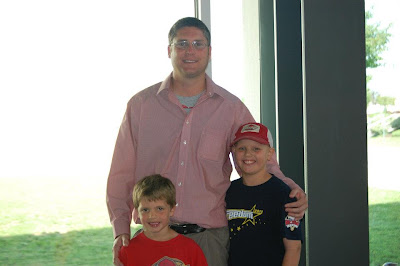 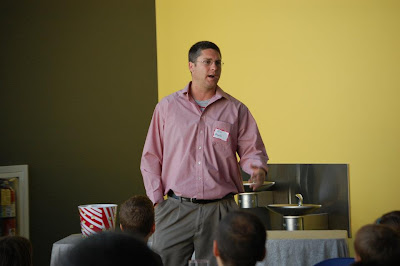