Monday night we headed up to Harrisburg to watch the Senators take on the Bowie Baysox. It is the 3rd time we've seen Bowie play this season. Back in May the Baysox invited us down and I was able to throw out a first pitch and get quite a few autographs, so we're getting to know who their players are. It was cool too because the Orioles announced that Luke Scott would be doing a rehab assignment for the Baysox that night too...we were hoping to snag his autograph.

The big story right now in Harrisburg is Bryce Harper, the 18 year old number 1 prospect in all of baseball. It was our first chance to see him live and we were hoping for and autograph. Just as the players started coming out, the tarp was put on the field for a rain delay! We waited out the delay and Harper came over to sign for a few minutes. We were just a few people away when he quit signing. Dad said we could wait after to see if we could get him, but he snuck out the front. It would have been a little more disappointing, but we did get to get Luke Scott's autograph and a picture with hm. I also got to say Hi to Mr. Kendall the Baysox manager and he remembered me and talked to me for a couple minutes. Overall a good night...and a late night. 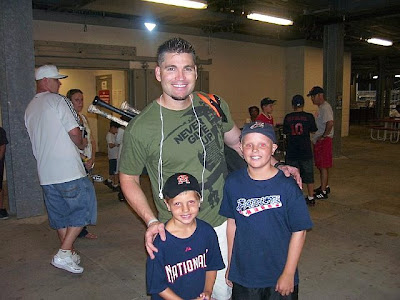 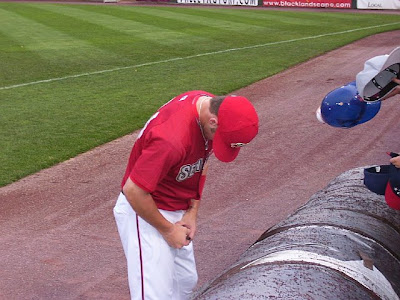 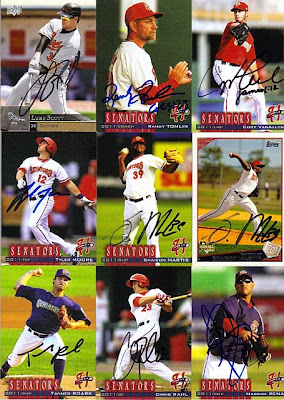 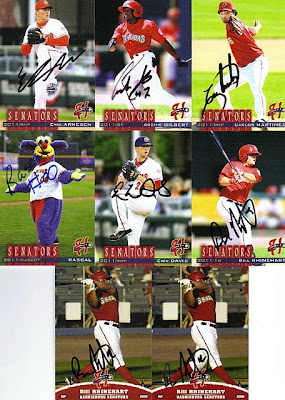