Friday night, we took my cousin Chad across the river to see the York Revolution take on the Camden Riversharks. We were cheering for the Riversharks since we know a couple of their players and York is battling Lancaster for first place with just a week to go in the first half. We also wanted to see former Phillies 3rd baseman and world champion, Pedro Feliz, who is now playing for the Riversharks. He was really nice and signed autographs and took a picture with us. We also got to see Lloyd Turner, Juan Francia, and Octavio Martinez...all 3 are former Barnstormers. Great night of baseball except that York won. Should be an exciting weekend next weekend when they finish up with 3 at Lancaster! 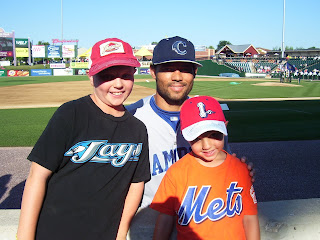 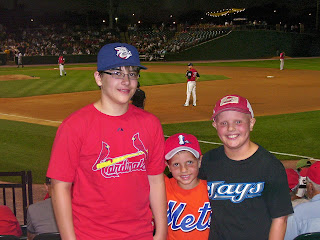 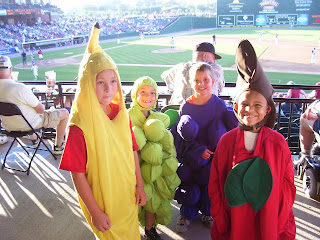 Gavin (purple) got to do the fruit race 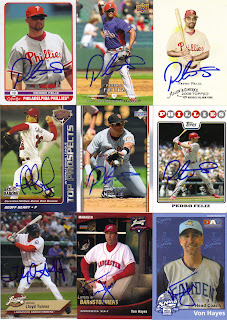 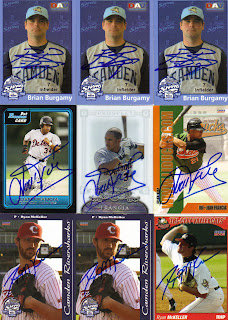 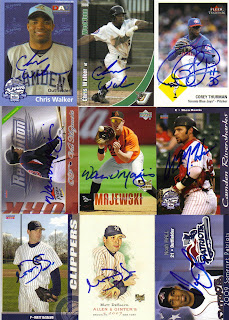 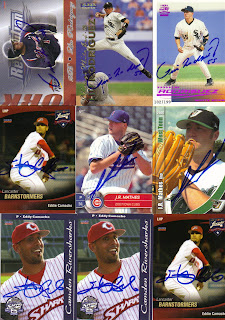