My favorite college football team is TCU.  I first started liking them back in 2009 when Andy Dalton led them to a 12-0 regular season and a BCS bowl game.  One of the guys blocking for Andy was offensive tackle Jeff Olson.

We follow Jeff on Twitter and he retweeted us when we were promoting Men of Iron, a local mens ministry to help sharpen men and strengthen the church.  My dad was communicating with Jeff and able to get him a shirt.  Last week we got an awesome letter from Jeff with one of his TCU cards signed for us.  He said if we are ever in Texas to look him up.  Maybe someday we'll get to watch a TCU game with Jeff.

Thanks Jeff for the great letter and autographed card! 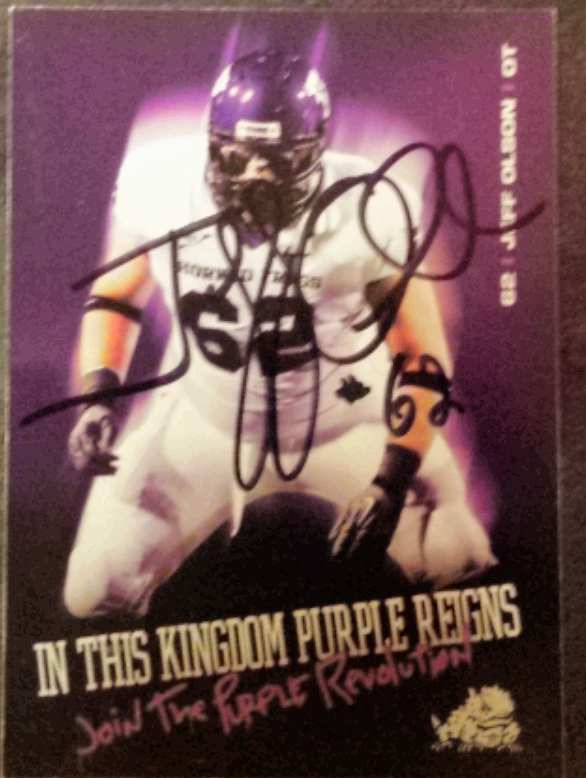 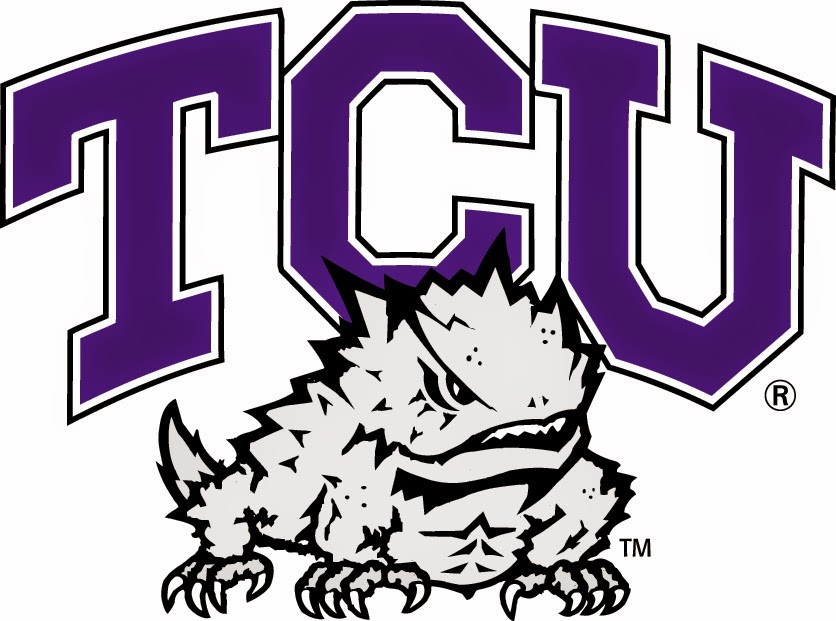