While I had a youth activity, Gavin took his friend Brett to the final game that we'd go to this summer.  The Barnstormers would be ending the season on the road and Gavin had a game Sunday, so this was it for baseball and 2013.

They got there early so Gavin could get the cards signed that our friend Jeff makes for us.  He takes great pictures and gets them cut down to card size for us.  It's nice especially for the guys that don't have a regular card in the team set.

The Barnstormers lost the game 7-2 and had a good season but would not be making the playoffs despite the 3rd best record in the league. We had planned on making one of the road games and possibly a Patriots playoff game, but they didn't work out...so this was our last baseball game of 2013!  Stay tuned though...there is more to come. 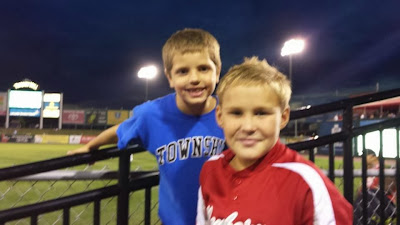 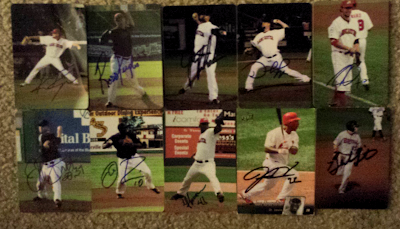